Where could you celebrate the upcoming holidays better than on everyones 2nd home - Evolved PWI?

Enjoy the Event and merry Christmas from the Evolved Staff

The Evolved Christmas Special is quite unique and will surpass your expectations! (Hopefully).

The Event has 4 different rewarding mechanics, that will offer you methods to farm various Christmas Rewards.

Note 1: The Quest will appear only if you are in a Squad.

Note: Channarong and Three Bosses are Daily Quest, while Kill the Snowmen depends on the Snowmen invasions

The Christmas Special will introduce the new Tier system, based on 3 Packs, that will be only available during Christmas: 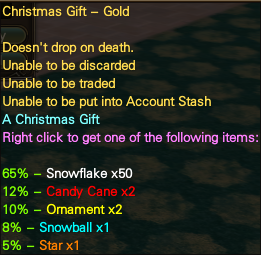 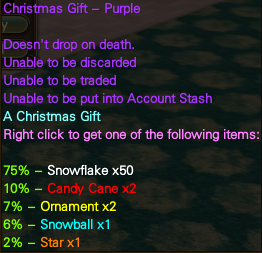 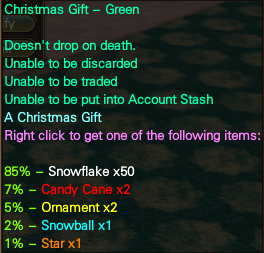 This item is exclusively dropped by Invasion Mobs or Channarong - Alpha World Boss, considered the rarest of ALL.

These Gifts are being rewarded by the Rewarding Mechanics at Reindeer NPC available through all the Quests listed above!

Note: Depending on the Difficulty or Level you may be rewarded better Rewards!

All Items, that the Christmas Special has to offer are available at the Santa NPC in Archosaur West. You will find many unique Items such as:

To make the Invasion equally fair to all classes, we have decided to add a little feature to it, which we hope that you all will enjoy!

You may access at the Reindeer NPC, the following Christmas Weapons:

With these Weapons everyone, regardless of Level or class should have a fairly equal participation in all the Invasions.

Note: These Weapons will only be available during the Christmas special, and will later on get eventually removed.

On the 1st week of 2022 we will reset Territory War - Map. So we decided to offer an option for all guilds, whether experienced or young, to have their own unique recruiting Announcements - Automated by the Boardcast System.

You can obtain these Tokens from the Cubi shop. Mail them to an Admin:

Evolved is recruiting new members! If you are looking for fun, this is the guild for YOU. DM: - Leader Name -