How to participate in the Valentines Special?

All Quests are located at the NPC Valentines Agent in Archosaur West. (Coordinates: 525 663)

The quests are strictly requiring the couple to kill certain Bosses, displayed in the Quests:

Rewards for all Quests: The Valentines Agent will reward you with unique and Valentines Special only Weapon Fashions, Mounts and Flights swhich are designed in a Romantic Theme.

Aside of the Quest you may also get a very unique Skill, that is only useful for Married players!

We have reverted the Fashion shop to its originaly style. This was done due to all the functionalities, that are given by the Fashion Shop menu: 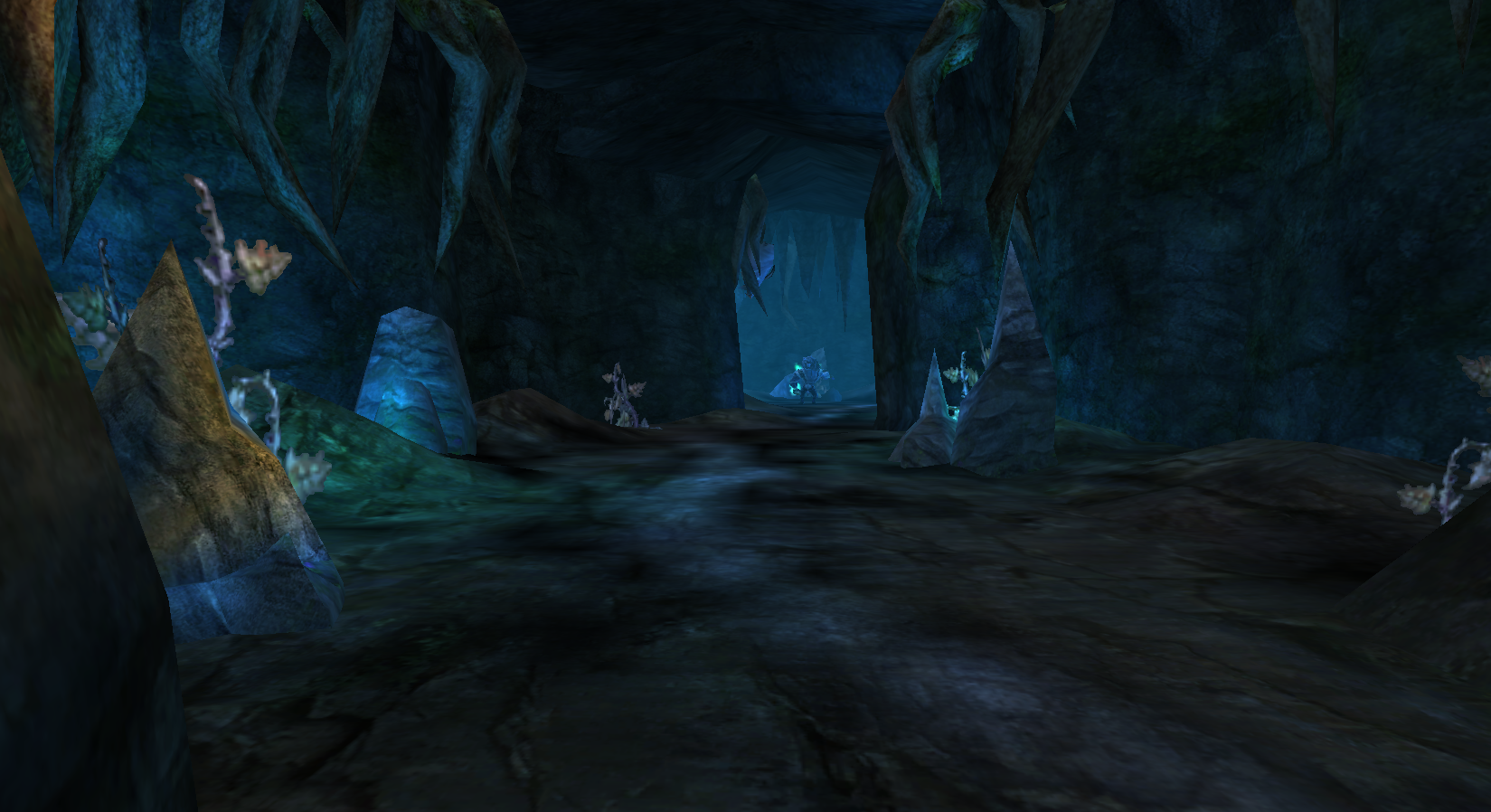 The Undiscovered Dungeon is waiting to be discovered!

It's a completely new Dungeon, that will have various unique rewards, that are only available to this Dungeon.

The Core item is:

This item can be used at the Aerocraft Dealers  that are available all over the World, in order to enhance your Flights! You can also adjust your Flyer speed at Undiscovered Demon at Archosaur West.

Giving everyone the opportunity to upgrade their flights to the speed of Event Flights.

You will access the Dungeon via Undiscovered Demon at Archosaur West.

You will be rewarded by:

Quests will reward you with Event Gold, a total of

The Bosses and Mobs will reward you with various unique Items, that are used to craft:

We have decided to do a very difficult step, that wasn't even done by PWI official, and extend the Skillbar. This is the result 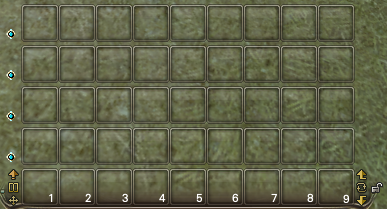 We have added the feature to display the distance between you and your target. Which will be pointed out above your opponents | Targets Health bar as shown below:

This Patch will contain a useful changes in your Inventory, that should allow you to enjoy the game more and access menus easier. Useless or unavailable access points such as: Avatar Card Bag, Starchart Menu and so on were removed. 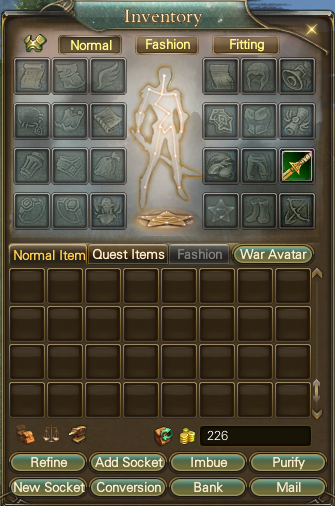 Starchar and Avatar Cards shortcuts were removed from the Setting buttons:

We have fixed the Health Bug. Which caused your Heirograms | Charms to tick once you have logged in, causing the consumption of all Hierograms to increase.

When logging in, your Health will remain max. without consuming any points from your Health Charm.

In Perfect World your chat background has 3 stages of transparency. We have increased the last one, to make the background while chatting a lot darker, preventing the background textures causing issues reading important chats with your friends. 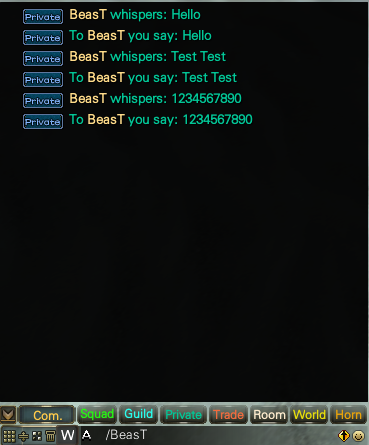 You all may know the system PWI has inbuilt, that is causing your client to be disabled from actions if its causing too fast actions on your side, which can't be followed by the Server side:

Note: This system has a very clear security based function and isn't random or a bug

We have worked on this error, in order to adjust the sensitivity of the server, which should result in tolerating certain actions a LOT more, than it used to do before until it gives this error.

This means, you should be able to to apply actions more comfortably than before without triggering this error instantly as before.

Hopefully you will like this adjustment. Unfortunately this protection feature can't be removed completely, as the result would be fatal.

You may access our Discord Server now from the game itself by clicking on the new Discord Button: 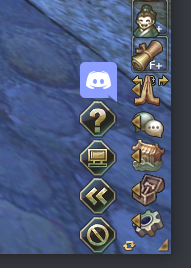 The feature we have added in Patch V42 (Old Patcher) was now adjusted and re-worked.

Players within the Level range of: Lv.19 ~ Lv.50 will have the possibility to farm big chunks of Coins in the following Dungeons:

When you are in the Level range of the Dungeon, you will have automatically get the item:

Golden Key added to your inventory.

This item will be required in order to trigger the Coin Chest at the end of every Dungeon rewarding you with:

The Key will be available 3 times per day.

As previewed on Discord before, we have added new Avatar Mounts, that will transform your entire Char into a new Character from different games, movies and cartoons.

These are purely cosmetic Items, that won't have any further benefit to your character beside making it unique when walking around. You can't use skills and such, all limits given to a regular mount, are given to the Avatars as well.

You can find the Avatars only in Cubi Shop: 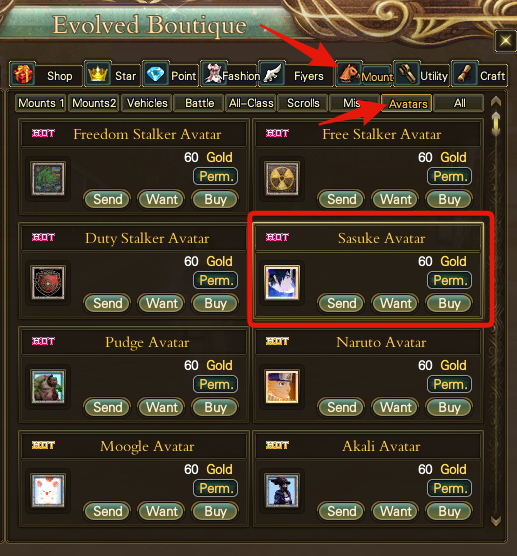 In order to let New Players spot our Supporters easier, we have decided to create the Evolved Supporter - Aura. Only available to Supporters.

A lot of Broadcast Chat (Red - Chest) items were removed, so they won't annoy or interrupt conversations in all type of Chats. Mostly G16 Items and other not so rare things.

Only during Valentines Special we have decided to spicey up the Beasts! By adding completely new Models to their Beast Form - Skill. The Travel speed between Battlefields was reduced to back to 3 seconds from Field to Field. Enjoy!

All requested Custom Titles were added and send to the players, that requested them 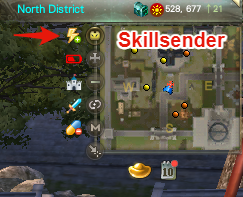 Skillsender was adjusted and re-worked slightely, which should prevent it from causing Server Error during casting and similar Actions.

Both features, on our website and in game, were adjusted and re-worked so that they will respond even better than before. The Top15 ranking on the website, as well as the K/D display in game will from now on reset every month.